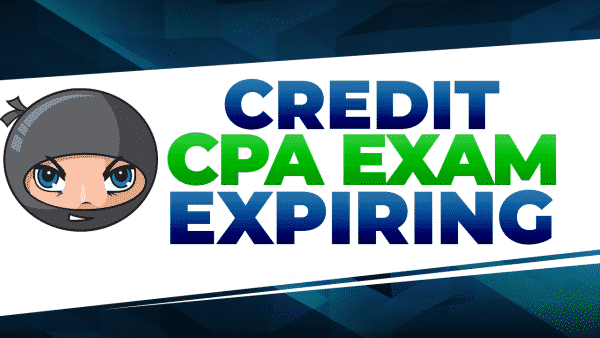 Oren writes in: I took auditing in May and I don't think I did well. My CPA Exam credit with regulation is expiring on July 21st. I just found out that I will not receive the auditing score until August 16th. If I do not pass I won't be able to take auditing again before regulation expires. Will they extend my regulation score? Thank you for your insight.

The AICPA has said that in situations where scores will expire and people are messed up due to this extended school release window – with Q2 exams, the scores aren't released until August – it's on a state-by-state basis. The AICPA administers the exam but your actual eligibility to sit for the exam and your certificate and licensure eligibility is determined by your state.

It's up to each individual State Board of Accountancy to decide.

What I would do is call up your State Board of Accountancy and I would ask to speak to the director because the directors are going to decide how this extended school release is going to affect people just like you. So I would ask them directly and get it from them and because ultimately they are the ones who make the decision.