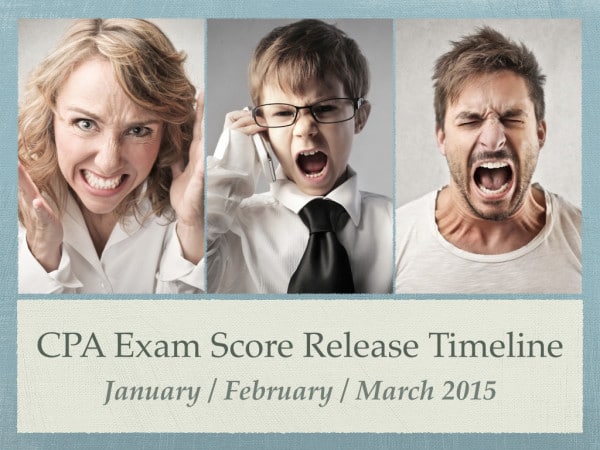 The AICPA has released the CPA Exam Score Release Timeline for the January/February and April/May 2015 Testing Windows.

Note: Scores typically come out at 1am (EST) on the target date.

If this trend continues, then scores will be out late (very late) Monday night – February 23.

Get the latest score release news in the CPA Exam Forum. 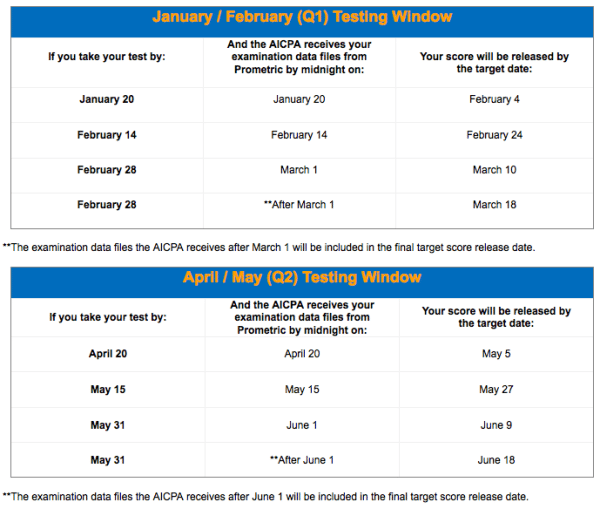 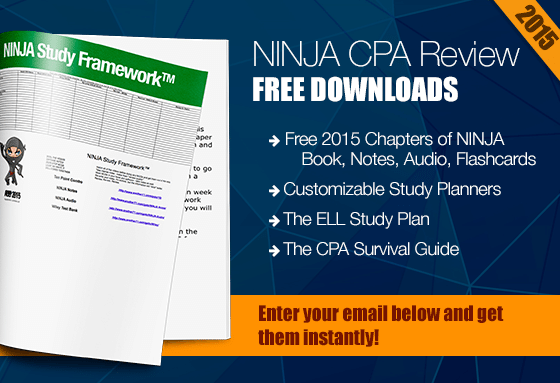 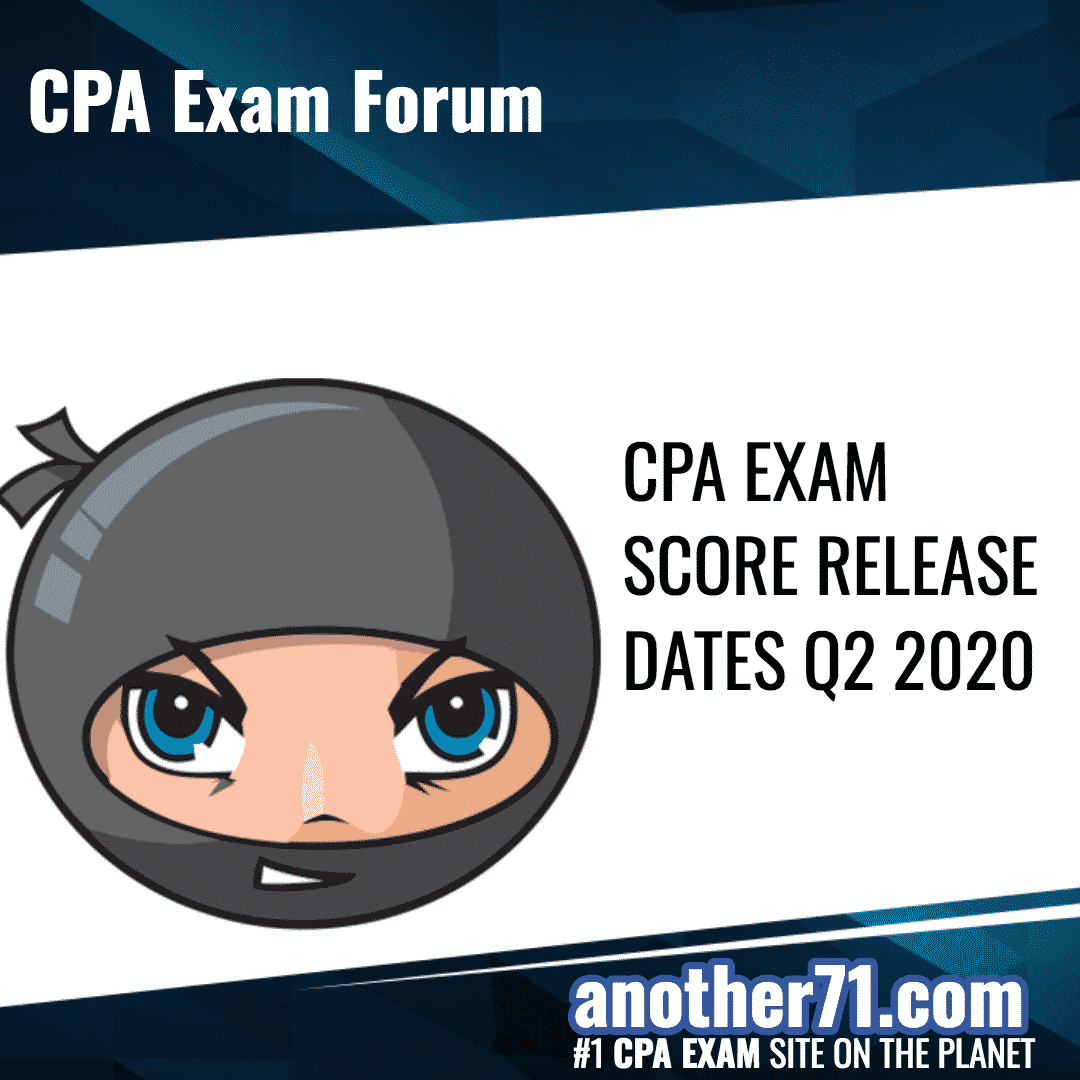 CPA Exam testing is still in flux in the era of COVID-19 and the “new normal” that we are adjusting to. These are the score release dates that the AICPA currently has slated, but are certainly subject to change once Prometric testing centers open again. From the AICPA: PLEASE NOTE: As of July 1, 2020, […]