CPA Exam candidates who had to endure the first wave of April/May 2010 score releases should know to expect the unexpected.

Will the AICPA again release scores a week later than they did last year?

(Warning: These are predictions are guaranteed to be way off…)

If the AICPA releases scores on a Friday, the NASBA release should come the following Monday evening at approx. 10:15pm EST. 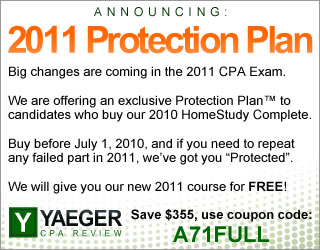 The CARES Act: Not Testable on CPA Exam Until October 2020

The CPA Exam is Finally Coming to India