This isn't breaking news by any means…this is from the Fall 2008 Uniform CPA Examination Alert and I didn't get around to posting it when it first came out.

The bulletin says that 46% of those who sat for all four parts passed it the first time, which seems high to me. I have always thought that the first time pass rate was around 15 percent. The 17-25% quit rate also seems high. Likewise, I thought that 85% of those who start the exam eventually passed it. I don't remember where I got these figures from…maybe they're urban legends.

This bulletin is more interesting than previous ones. The Elijah Watt Sells winners are listed.

You can get it here. 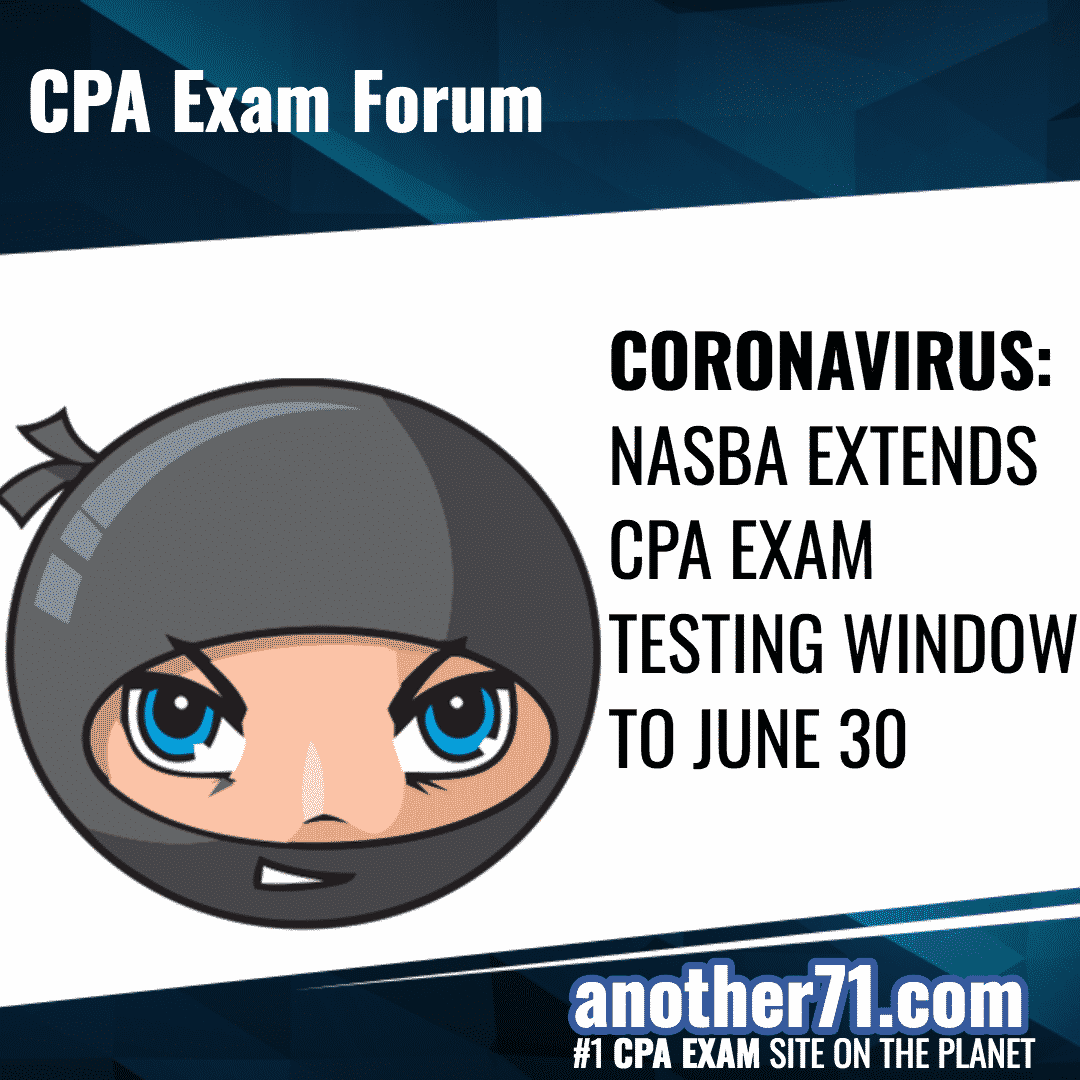 im gonna have to go ahead and speculate that the statistic they are skewing is that on average, 46% of the first time test takers of a particular section, pass it.

I would also guess that a much smaller percentage pass all 4 on the first shot. Meaning, if you passed 3 on the first time, and failed 1, you're already out of this statistic. make sense?

Read the bulletin again, I don't think this is what it says. It says:

This does not mean that 46% of all those who sat for all 4 parts passed it the first time. It means that 46% of people who passed did so on the first try.

This makes more sense. Just an FYI, but keep up the great work! I passed REG last week.

Oops, I guess you already realized it, haha.

Numbers and accuracy were never my strong suit.

Jeff, I have a random observation. From my personal experience and skimming through posts here, it seems like most people who socred relatively high thought they did miserably. I personally walked out all for times thinkign i bombed it and was pleasantly surprised with the high scores. Do you know if the exam is computer adaptive like the GMAT? (where the questions get harder as you get the easier one in the beginning correct.) I remember all my testlets getting esclatingly more difficult. Just a thought. would love to hear what you think. Thanks!

and please ignore the spelling/grammer errors. i just re read that and it shocked me a little.

Jeff asked: "Do you know if the exam is computer adaptive like the GMAT? (where the questions get harder as you get the easier one in the beginning correct.) I remember all my testlets getting esclatingly more difficult." I do have it from a respected source that it is adaptive. The good news is that if you open the second testlet and the first question is something you have never seen... you are doing really good!