The AICPA has released the Q1 2016 CPA Exam Pass Rates.

2. The pass rates for FAR and AUD continue their trend of Q1 pass rates in the mid-40s. The only outlier was in 2014 when people really wanted to avoid the Clarified Auditing Standards change that was coming mid-year (pass rate of 47% vs the usual 45%) 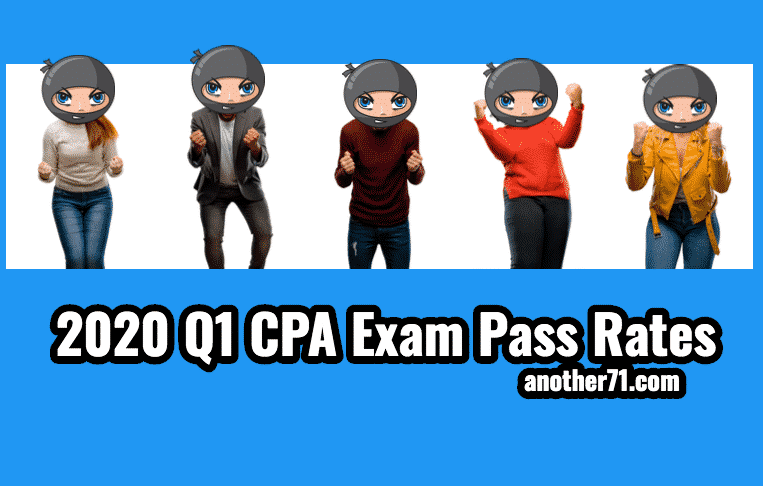