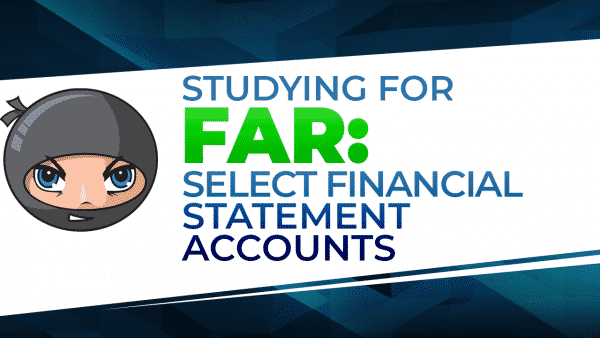 You watched your FAR videos a year ago? That's pretty much worthless now.

Your exam's in 28 days… And this email is actually from late January, so that's four days ago. So, basically, your exam is at the end of February. So, really, the question is, how do you study for FAR from scratch in 28 days? Doesn't say if you are working. If you're not working right now and studying full time, the answer's obvious.

If you are working full time… You're basically going to have to get through all of your videos or books within a week.

So, you're going to have to just… For the next seven days, like, 12 hours a day, watching your videos, reading your book, taking notes.

Because your video course might be 50 hours, but you need to take notes on top of that, so let's say that's 70 hours. So, seven days a week, 10 hours a day. It's not going to be fun. And then spend probably a week and a half doing your multiple choice questions. A week and a half to two weeks.

You need to embrace that, be excited about it, and know that… You know, the end is near.

The end is in four weeks, and basically you will have no social life for the next four weeks.

You will watch no TV.

You will not do anything fun.

And that… But you know what? Failing's not fun either. And so, if you know that you're not going to do what's required to pass… To take your exam at the end of February, then be realistic and reschedule it for early April, and back up and spread out your FAR study.

Because FAR is probably the worse exam to take, just take over a four week study period. So, be realistic. If you're willing to do the work, then roll up your proverbial sleeves and get to work.

If you're not… If you're not willing to study 10 hours a day… Which, if you're working full time, that's really, really hard. That's like, two hours before work, an hour at lunch, and… Like… Five to midnight. That's probably not realistic.

So, you can probably only study 8 hours a day, and you'll still probably end up being okay.