I became eligible to sit for the CPA in April as I finished the spring semester. I still have 4 upper level accounting classes to take to be licensed (Florida requirements), but nothing was offered during the summer so I decided to get busy studying for the exams.

My plan was to take BEC and AUD in August and I gave myself 4 months to study simultaneously for both sections. I know now that it’s quite ambitious to work full time, raise 3 young daughters (the cuties below) with a husband that works 2 jobs, and sit for two parts in one testing window, but I want to be done!

I read each chapter of the book and worked the corresponding test bank questions, averaging 60-85% scores. Not the best, but considering how little time I had to work studying into my daily/weekly/monthly life my expectations were lower than they would have been years ago.

I entered the testing center on test day and went through my criminal-like screening (fingerprinting, wand swipe, mug shot) and that’s when it truly hit me how big of a deal becoming a CPA is. It never really occurred to me that passing the CPA would be considered elite until that very moment.

I nearly froze under the instant stress, but pushed forward and worked through the MCQs as quickly and efficiently as possible. I wanted to leave as much time as possible for the written communication considering I hadn’t written anything longer than an email in 9 years.

That’s when the drilling started. The consistent drilling on the outside of my testing wall (thank you Comcast) was so disruptive that I almost gave up and exited the exam. I couldn’t put together two sentences that made sense in my head. I had to read the situations 4 or 5 times before I could even determine what was being asked of me.

The drilling continued for the entire hour and a half that I worked on the WC section. I left the exam feeling defeated.

To demonstrate how little I researched the CPA process: I assumed I would be waiting months to get my results through snail mail. I didn’t know about NASBA states, online scores, or score release dates. My thoughts were solely on getting through the exams.

The night before my AUD exam I received a text from a fellow student with his score (from the exam he took the same day I sat for BEC!). Ten texts and a good deal of frustration with the NASBA site later I was staring at my score of 80. It didn’t compute. I expected to fail because of the testing distractions and the low practice scores, but I didn’t fail.

The MCQs and my business background must have saved me. I didn’t do as well on my AUD exam the next day (65), but it was what I expected since I had only left myself 2 weeks to study between the two exams. I am struggling to get back into it, but will retake AND pass AUD in November. 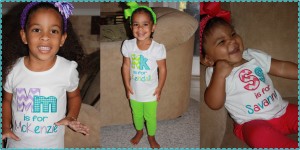 I attribute my renewed motivation to the discovery of Another71 and the tremendous support within the CPA Exam Forum. We can all do this! Let’s help each other defeat these exams!

I Passed the REG Exam! Here’s What I Did

Joe is a [A71 product=”combo”]NINJA CPA blogger[/A71]. I Passed REG! After 8 weeks of studying I finally received my REG score of 85! I am very happy because 85% is the EXACT trending score I had on the NINJA MCQ. Here are a few pointers that I learned from passing both BEC and REG: Stick with […]

Finally Screaming it: I PASSED the CPA Exam!

Ana is a NINJA CPA Blogger. Hello fellow NINJAs, I haven’t posted in a long while but I have been reading everyone’s posts and have been encouraged by your determination and hard work. Here I stand today on the other side, feeling so happy and accomplished, I can finally scream: I PASSED THE CPA Exam! […]

Tracey is a NINJA CPA Blogger. HIYA! Well I have some good news to share. I PASSED FAR! I literally kept refreshing the page and double-checking the numbers I entered to make sure the scorer was mine. This was my second time taking FAR and I defiantly studied like crazy for it. I reread my […]

A False Start, but I Passed AUD!

Melantha is a NINJA CPA Blogger. Hello there fellow NINJAs. It has been a while since I last blogged but I wanted to update everyone on my CPA exam progress since my last submission. I’ll start with the good news that I PASSED the Auditing section of the CPA exam with a whopping 82! But […]

I heard if you memorized all the standards of auditing, you should be ok. I enrolled to review all parts this coming January to June 2014.