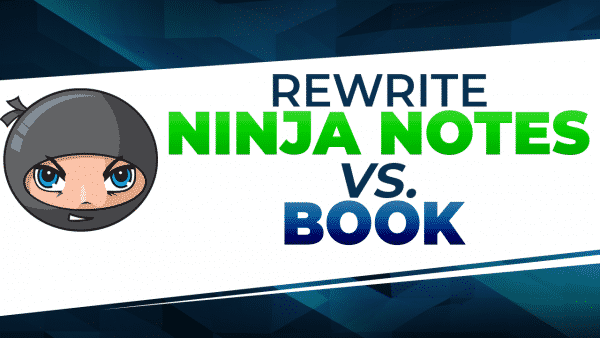 Ricky writes in, “I've seen you mention that you can rewrite notes from the NINJA Book or you can rewrite the NINJA Notes word for word. What's your experience choosing between the two for most people?” That step in my Study Planer is coming up soon, and I'm not sure what to do.”

I had one guy email me that said he rewrote it like two or three times, and all sorts of research has shown, and not to name drop, but Harvard says that writing things down stimulates your brain and makes things stick a lot better than highlighting. And so yeah, you can take notes, and that's great. That's better than highlighting, but rewriting your notes and letting them marinate a little in your brain I think will serve you well on exam day. So Ricky, to answer your specific question, I would rewrite the NINJA Notes.