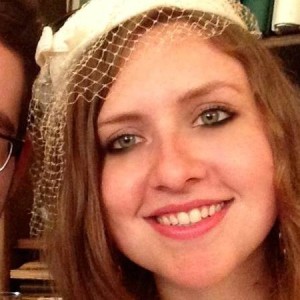 If you’re looking for a pick me up to get you back on the studying wagon, you may want to skip this one…

Lately I’m feeling really down about this whole process. I was flying high after I passed my last section, because all I’ve thought about for so long was my first goal of passing FAR.

The most daunting part of studying for that was that it felt so completely impossible to even pass that section, and that whole time in the back of my mind all I kept thinking was “even if I ever pass this one – I have 3 more after it!”

That’s where I am now, finally confronting that lurking sick feeling of “3 more….” I thought that maybe I would accomplish a miracle and pass AUD by only studying for 2 weeks after passing FAR.

I had a great few weeks and hit it hard, and it seemed so much easier than FAR! I was really enjoying the material, and going into the test I was feeling like it all finally made sense – just [A71 product=”books”]FAR was a beast[/A71], and from here on out the CPA Exam questions would be much easier.

The whole test seemed just easier, friendlier, and like it made so much more sense.

For the last 3 weeks while waiting for my score I have taken it easy – hoping against hope that I pulled off a miracle and passed it with such a short time of studying, and figuring that even if I didn’t pass, it wouldn’t be by much, so it would be a no problem to hit it hard for another couple of weeks and then get the extra few points to move past AUD.

However…. that’s not exactly how things worked out. A few nights ago, I sat with my husband, who was going through some pretty severe anxiety over his father’s health condition, and we both sat expectantly waiting for 1am to roll around, iPad’s in hand, ready to get that score.

As soon as I saw my 59, I just said “what?!” I was so confused… I clearly have no concept of what it takes to pass this section, and even less clarity of how I’m doing during the CPA Exam questions. I sincerely thought that all my SIMS were easy, and I flew through the MCQs. Apparently I completely deluded myself…

This is obviously not one of my more chipper posts, because honestly I’m just feeling spent with this process. I went ahead and rescheduled a new test as soon as possible, and now I have about two months to get my head around this material and really see what I was missing (because apparently it was a lot).

At least at this point I have a routine of just getting back on the horse through all the disappointment, but it’s starting to get old.

The one ray of sunshine that I can say is that even through my massive disappointment and sadness over that awful score, sitting there with my husband, who had some seriously pressing things on his mind, I was able to be immensely grateful that I’m even in this position to feel this let down over something like this.

How many people in the world don’t even have access to education, let alone the world class education that I received that got me to the point that I can even be in the running for this kind of an accomplishment?

Failing AUD isn’t the end of the world, and failing it again wouldn’t be either. I am grateful that I have a job that I love (that patiently lets me take endless time off to take exams and even study),

I have a husband that is happy to let me study when we’re home together (and even works on his own projects quietly in the meantime so that I won’t be tempted to relax with him, AND cooks dinner for both of us a few nights before my exams so that I can just study without worrying about anything else!).

I’m obviously very blessed, and sometimes I just need to take a step back from that countdown clock and get some perspective on what’s really important.

Someday I will be a CPA, and I will think back to this time and be grateful that I made it through, that I NEVER have to take a test like this again, and that I didn’t let the exam steal my joy.

You are great you have pass far but you have patience and joy Ness so you will complete cpa. Anil sharma