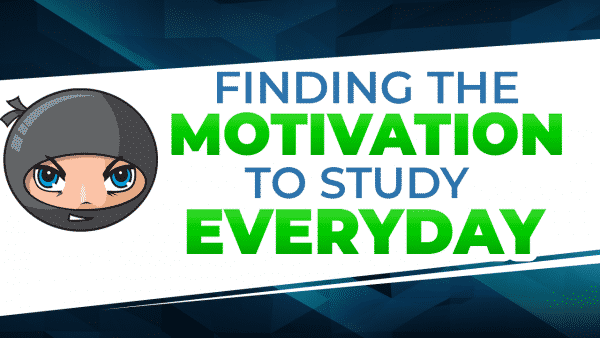 I am taking AUD soon.

However, as I have extensive experience in audit I am having a difficult time getting motivated to study as hard as I need to.

What do you recommend?

We get motivated by Bob Ross marathons…

…but perhaps you're more of a Bill Alexander guy. We can see that too.

Let's get down to brass tacks.

We don't actually know what that means.

It probably has something to do with upholstery, but we'll assume something much more menacing … like the time we … well, nevermind – we're getting off track here.

Let's cut to the chase.

Wow – is it Antiquated Cliche Day? We know we just had National Dog Day – which involved Jeff picking up his two Great Pyrenees from the pound when they got out.

Have you every tried to fit two Great Pyrenees in the a truck?

We tried to tell him to get leather.

Nice try with that blue sheet there, Jeff, btw.

Fame, fortune, and the universal respect of mankind are some of the obvious reasons to study for the CPA Exam.

However – those may not be enough to get you out of bed at 5am.

Maybe you want three letters to put after your name in email signatures or on LinkedIn.

Maybe it's something as simple as being a smart career move and being more marketable.

Perhaps it's something much more internal – like you had some jerk-hole accounting professor (you know – one of those lifers who have never set foot off of a college campus to take a stab at the real world) who said you weren't cut out for accounting and it haunts you.

You picture them adjusting their comb-over each morning and laughing at the thought of you being a CPA.

Get angry and start studying at 5am (and lunch and 8pm).

Whatever gets you motivated (or angry) – let that fuel your drive to study.

The goal must be yours and yours alone.

It's like training for a marathon – if it's someone else's goal for you to run a marathon – pffft – you're not going to train.

Only when you decide to run a marathon will you put in the road work.

Same thing with studying for the CPA Exam.

It must be something that you want to do – otherwise don't do it.

Have a question for the NINJAs?

Send it here and Jeff will forward it to them via Carrier Pigeon.

Get more Ask the NINJAs

Ask the NINJAs: How to Study 20 Hours a Week for the CPA Exam

Dear NINJAs, I am stuck. I started my CPA Exam journey several (more than two) years ago. I started with (expensive course). I do not like their product. I like the study schedule that’s created, but the program has since changed and I am having a hard time using their study schedule. Consequently, I have […]

Ask the NINJAs: How Long to Study for FAR

Ask the NINJAs: When to Start Studying CPA Exam MCQ

Dear NINJAs, Hope this email finds you well! My name is Karina. It’s nice to “meet” you. I work full time at an audit firm. Studying for AUD which I’m sitting for early December. I purchased Wiley as my main course and started studying in September but lost motivation due to needing to find the […]

Dear NINJAs, I am looking to start studying for the BEC or AUD after tax season 2018. A co worker gave me her CPA Review materials she purchased during 2017 (books/flashcards). Would these still be a good thing to use to study for the CPA Exam in 2018 along with NINJA Study Materials also? Thanks […]