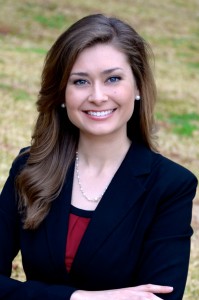 I’m just a few days away from my REG exam! I was originally scheduled to take it last week, but I decided to reschedule.

Before I started studying for the exams, I told myself I would never do that, but I found myself losing motivation while studying for this section and let myself get behind!

I regret letting that happen, but I figured the best thing to do was to push it back a few days and hit the books hard. I would rather pay the fee to move the exam than have to sit for this section again.

I’m hoping that the extra time will allow me to gain enough knowledge to push my score over the edge to that coveted 75!!

I came in as a NINJA Blogger pretty late in my exam journey, so I’d like to give you some background about myself and my experience with studying for the CPA exam so far.

I graduated from college this past May, and immediately started studying full-time for the exam. I had a great study plan and I was ready to take down FAR, which some of you may know as “The Beast.”

I started to get behind schedule very quickly, however, and the more overwhelmed I felt, the less I wanted to study. I had lost all hope of a passing score by the time exam day rolled around.

I was scoring anywhere from 40s to 60s in my practice materials in the days leading up to the exam. My mindset completely changed… I started thinking of the exam as just a trial run because I didn’t think I had a shot at passing.

The actual exam was just as hard as I feared it would be, and I walked out of the testing center feeling completely crushed.

I had quite awhile to wait for my score, so I started studying for AUD. My perceived failure with FAR actually motivated me to study harder than ever.

I pushed FAR out of my mind and focused solely on the task at hand. I painstakingly took detailed notes on each topic, worked hundreds and hundreds of NINJA MCQs, and had about 2 weeks just for review.

I was so focused on studying for AUD that, before I knew it, it was score release day. I was a nervous wreck all day! I prayed for a miracle. Of course I couldn’t sleep that night, because for some reason they torture us by making scores available in the middle of the night! (Why in the world do they do that?)

I checked my score and… 76!! I was afraid it was a mistake. After reentering my information several times, it finally sunk in. I still can’t believe it’s true. I had somehow conquered The Beast!

I guess it just goes to show that you really never know with this exam. Don’t lose hope, guys!

That boost of confidence was exactly what I needed at the time – I went into AUD feeling completely fearless. I knew I couldn’t possibly do any worse than I had done on FAR.

Even though I went in feeling prepared, the exam was very tricky. The wait for my score was even worse this time around because I really had no idea whether I had passed or failed – neither would have surprised me.

I started studying right away for REG and realized that my will power was starting to waver. I don’t know if this section is just more difficult for me, or if I just started getting burnt out.

Either way, REG has been almost as much of a struggle for me as FAR was (which is really saying something!) and I’m not feeling too confident for this next exam. On the bright side, I did receive a passing score for AUD! Two down, two to go!

The next time you hear from me, I’ll be telling you all about my REG exam experience, so keep your fingers crossed for good news! Until next time…

The CARES Act: Not Testable on CPA Exam Until October 2020

The CPA Exam is Finally Coming to India