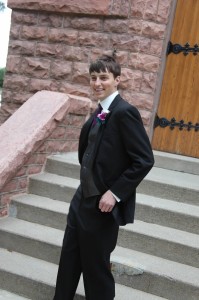 I am back to studying after the long holiday weekend and my FAR exam on the 23rd. I took a nice break by playing in a golf tournament and then heading up to Chicago for the weekend.

My wife has always wanted to see a One Direction concert while they were popular so I managed to get tickets … Hence we made the 9 hour drive from the great state of South Dakota.

The FAR exam was awful. I left an hour early because either you know it or you don’t. I did not know certain things as well as I thought and the MC questions got easier as I progressed. Once I got home, I started drinking red wine to drown out my anger and sorrows.

I had one of my friends pick me to go to the fantasy football draft later that evening. My coworkers found my inebriated state to be quite funny. There was a poll on our ESPN league later asking “How drunk was Rollie at the draft?” At least a couple people at the draft understood my pain.

I know we all think we failed, but then end up passing. This time, I would be quite shocked if I got into the 70s, especially after not knowing the answers to MC Questions and Sims. I plan on studying for FAR again even though the score release will come out on the 8th (NINJA Score Release Date).

I hope to retake early October and sit AUD during November. We will see what happens on the 8th! Maybe I will have some shocking news.

I know how you feel. FAR is my LAST exam! I studied so much, took FAR on July 28th, got married, went on the honeymoon, and wished I had stayed there because I found out I got a 56... I guess it wasn't as bad because coming out of the exam I had already known I failed. I struggled to answer the questions in a timely manner which ate into my time for the simulations, which wasn't that bad since I had no clue what to do in the simulations anyway! Now I'm stuck with the pressure of (governmental) busy season at the firm and studying for FAR so I can retake in October. Thing is, if I don't pass this time I lose REG the very next day after my exam.