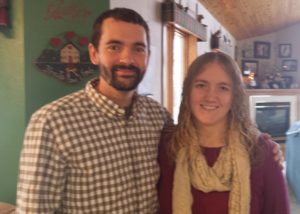 My name is Stacey from South Dakota, trying to figure out this stage in life of studying for the CPA exam.

I have been out of college and married for 4 years and, now that my husband has his Masters, I am focusing on my CPA.

Most of our marriage we have had part time jobs in addition to our full time jobs, so I am officially calling studying for my CPA my part time job. We also have a couple of rental properties where I am involved with the financials and major decisions.

I happened to take enough credit hours in my four years of college (with a few summers of catching up) to have started working on my CPA right out of college, but I made plenty of excuses.

I started getting serious about the idea of taking the exams not quite a year ago. I took FAR and REG last fall with no passing scores.

After pausing for the holidays I made a major priority change of removing myself from all community sports teams. I have since been able to continue exercising/training for a race this summer by scheduling my runs around the times I study best, instead of studying around everything else on the schedule.

I decided to stick with what I started and recently took REG, waiting on that score, and am studying for FAR in another few weeks.

I look forward to being a part of the NINJA team to continue to better my studying habits while sharing my struggles and hopefully eventual success!

How to Survive Working from Home, Homeschooling, and the CPA Exam