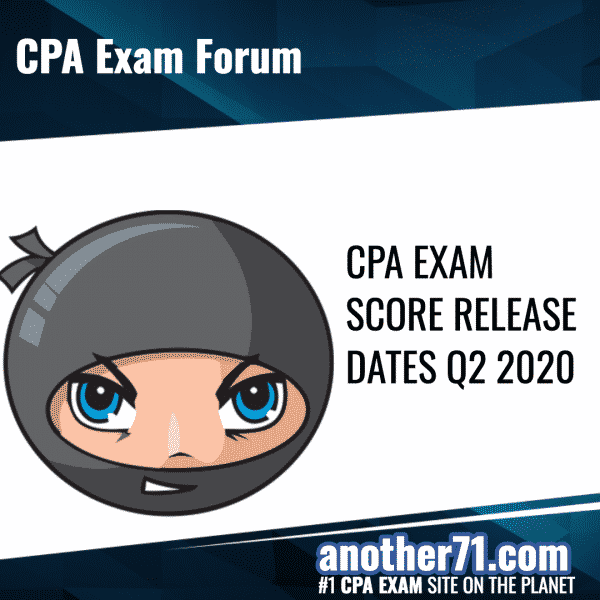 CPA Exam testing is still in flux in the era of COVID-19 and the “new normal” that we are adjusting to. These are the score release dates that the AICPA currently has slated, but are certainly subject to change once Prometric testing centers open again. From the AICPA: PLEASE NOTE: As of July 1, 2020, […]

The AICPA has released the Q4 2015 CPA Exam Score Release Dates for October/November exams. Typically, NASBA releases the score results early in the morning on the “target date” at 1am Eastern. For instance on August 25th, the scores will come out at 1am Eastern, which is 11pm Pacific time (and technically, August 24th). Clear […]

Christie is a [A71 product=”combo”]NINJA CPA[/A71] blogger. CPA exam score release was today. Thankfully, I have been so busy at home and work that I hadn’t given it a thought until yesterday. I didn’t want to look, but I needed to know what to study for, so I did. I failed. Again. This was my […]