Angie is a weekly Club 75 Blogger as she documents her journey through the CPA Exam. She has been a member of Another71.com's Club 75 since June 2009.

I absolutely hate re-scheduling exams, but it seems like I end up doing just that every time. We were trying to get REG scheduled for the end of April, so that I would still have all of May for AUD; which I scheduled for May 31st. The anxiety was really getting to me though, and I freaked last night and pushed it back. I know that I'll be working a lot until the 18th, and then my brother-in-law is getting married at the end of April, so we'll be going out of town for most of the last week of April.

So I would have liked something in the beginning of May, but I can't take so much time off consecutively and had to settle on 5/11. I know thats really stretching it, but if worse comes to worse I'd rather pass at least one of the two, rather than set myself up for failure.

Despite that, I have found that Roger CPA Review's lively attitude kind of gets me in study mode, so now it's more of forcing myself to get started and then it goes well from there. I'm almost through the 2nd section, which is mostly Business Law. I know I'm moving slowly, but this last weekend I got no studying done. I hosted my friend's bachelorette party and we all stayed downtown overnight. I'm in two weddings in the next 6 weeks, 4/29 & 5/21. Luckily the bachelorette parties both fell on the same day (4/9), so that's one less study-less weekend.

Once, we get past the deadline, I will be cutting back my work hours significantly and hope this will help make up for some lost days.

My husband will be out of town this weekend, so I should get some extra studying in. I really like how Roger's lectures are broken down into small sections, because I don't get overwhelmed. His workbook also has great notes, so I find that I don't have to take as many notes as I watch them. I also like that he works TB Sims with you.

I know I blew it on those in the last window for AUD, so this time I'm going to make sure and have practiced more.

Thanks for the feedback on my last blog posting; I know it's going to be really tough, but IF I could pull it off- OMG how happy I would be.

We're less than one week from the deadline, and I will be stepping on the accelerator as far as studying goes. Happy studying everyone!! 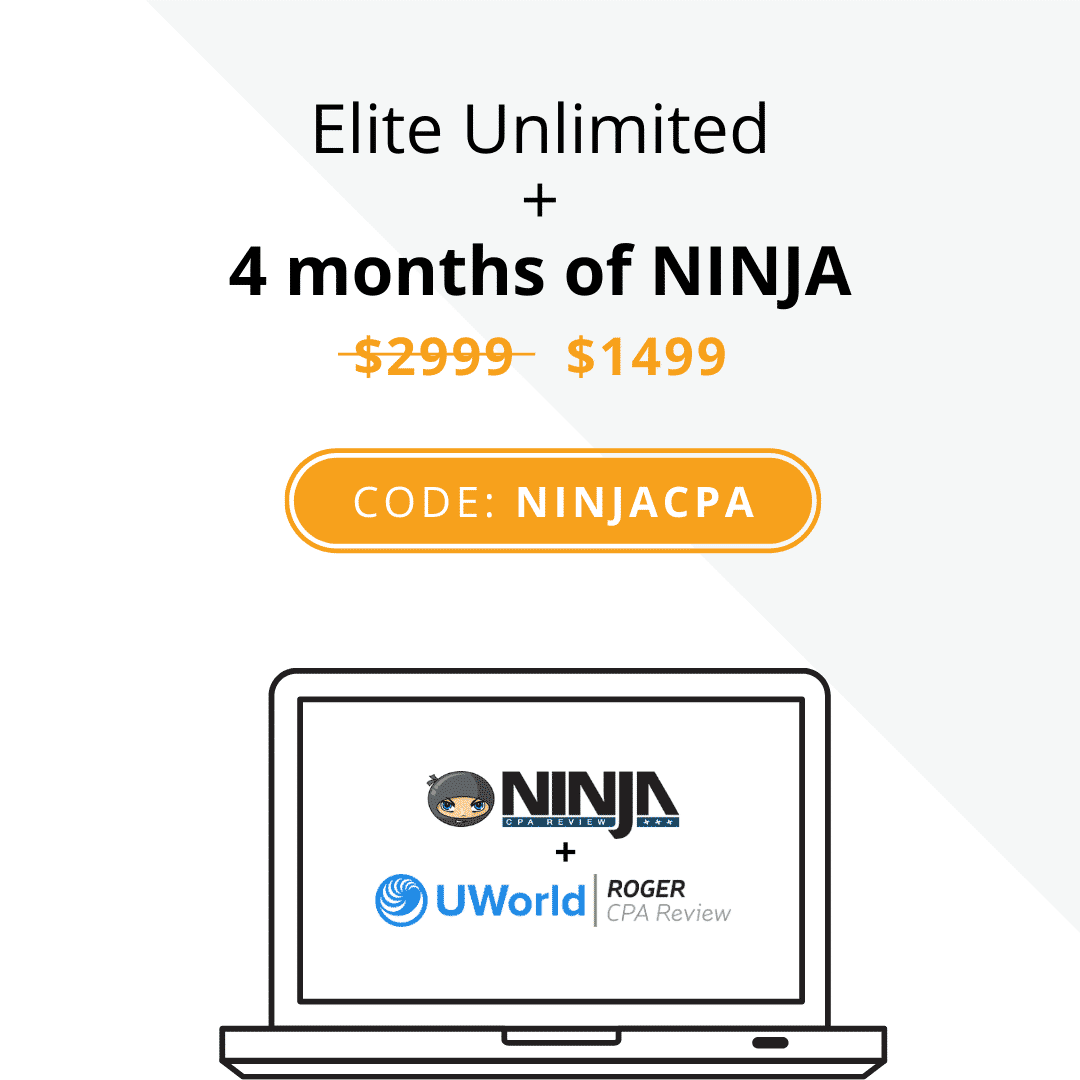 Promo: 50% OFF UWorld Roger CPA Review + 4 Months of NINJA CPA Review Subscription You simply won’t find a better deal in CPA Review. No one can beat it. Already a Roger student? Email jeff@another71.com for your free month of NINJA. See full details and pricing at accounting.uworld.com/cpa-review 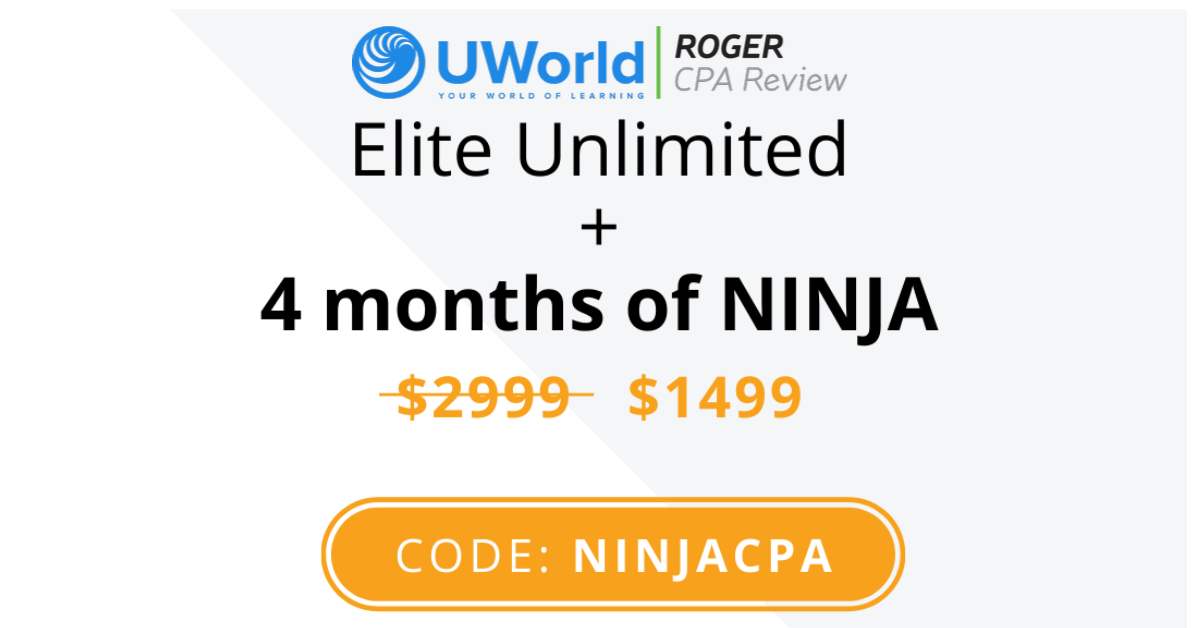 You can do it girl! We are all cheering for you! Give it your all!! :)