The NINJAs recently caught up with Shulem Rosenbaum – an Elijah Watt Sells Award Winner, to get his take on the CPA Exam, winning the EWS Award, and find out about his future plans.

Tell us about yourself – what is your educational and work background?

I received a B.S. in Accounting from Touro College. I previously worked in the field of education and had an AA in Liberal Arts, but decided to pursue Accounting.

I started school in 2010 as a father of two children and graduated in June 2013 with four children in tow. I now work at Roth & Company LLP, a CPA firm in Brooklyn, NY and teach at Touro College as an adjunct instructor.

Which CPA Exam section did you take first? Any particular reasoning for your choice?

I started with “the beast” because I was most familiar with the material right out of school. I also wanted the clock to start running after FAR, which involves lots of material.

I believe that AUD was my easiest section (hence, the highest score). AUD involves lots of common sense. I also had a phenomenal professor for Auditing who covered the material very well. Professor David Tajerstein is known to many in the CPA community as a lecturer at Person/Wolinsky and CPA Exam tutor.

Unfortunately, he succumbed to cancer in March 2015.

I felt the least comfortable with BEC, as it involves scattered material and includes the numerical disadvantages of FAR/REG and the subjectivity of AUD.

How many hours/week on average did you study? What was your study routine?

I began studying for FAR during my last semester in college. I worked full-time in education, juggled school and studied for FAR all at the same time.

I started my job at an accounting firm in June and knew that I had to take my exam before tax season. Accordingly, I scheduled my exam for August 27th and studied about 10-15 hours a week.

When I got to the exam, I breezed through the MCQ, the TBS, however, was murder.

I walked out of the exam site dejected and miserable. As strange as this sounds, I was sure I had failed.

However, when I checked to see my score, I was shocked to see a 97 and even checked what “advisory score” meant on Another71.

I used Wiley CPAexcel to study for the exam – I was actually introduced to Another71 when I was researching the prep programs – and followed the NINJA Study Framework.

I first watched the lectures on the entire section (CPAexcel has multiple subsections for each topic) while taking notes, completed the MCQs and compared my notes to the textbook.

I used the NINJA Notes to summarize my notes and eliminate topics that aren’t tested heavily.

I spent the last two weeks working MCQs with the Wiley Test Bank and reviewing my notes.

I used the same methodology for all exams (it worked!). 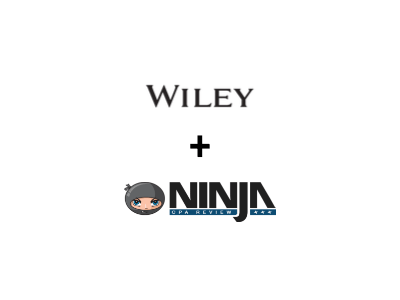 I had already completed the material in May (see above) and was comfortable with the material (despite the changes) so I reviewed my notes and worked MCQs until October 24 (if I remember correctly) when I sat for AUD.

I studied for REG throughout December and January and took the exam on February 3rd.

I wasted far too much time trying to remember phase-outs (I should have listened to Jeff).

BEC was a drag.

It was after a heavy tax season and was pushed off continuously.

My patience for studying was exhausted and I hated the material.

At that time the NINJA Book became available and I used it to supplement my notes.

In June, when I realized that I was getting nowhere with the material, I used an Excel spreadsheet to track my time and committed myself to 25 hours of studying a week!

I studied for approximately three weeks and sat for my final exam on July 2, 2014.

Was the Elijah Watt Sells Award a goal from the beginning, or was it something that became a goal along the way as you progressed through your exams?

I never planned on getting the Elijah Watt Sells Award.

I merely tried to pass with a 75. However, I definitely over-studied and started rooting for the award while studying for BEC (adding to my difficulty with the exam – it’s easier to study for a 75 than to study for a 93).

How nervous were you during the final score release – knowing the EWS Award was hanging in the balance?

To be honest, I wasn’t sure that I passed (again – I'm sure that sounds strange to most people considering the results, but at the time, it's easy to let your mind play games with you) but I was elated to see the 94.

What advice would you give to a CPA candidate who is just starting on their journey?

The CPA Exam does not test your IQ level or your knowledge (I know I’ll get heat for this – a 96 average is saying that passing the CPA doesn’t involve brains), rather the CPA Exam tests your resilience.

I am not a genius, but I was committed and dedicated to passing the Exam (too committed I guess).

Do not think that the exam is a fluke, seclude yourself from social life for a short period of time, think about your long-term future while your friends are having a beer and get it done.

You’ll feel relieved and save yourself time and agony if you’re diligent the first time.

What’s next for you – any additional certifications or education?

I hope to take the LSAT and go to Law School one day.

Thank you for your time!

I owe it to the NINJA Community. You have been my rock, and I hope to contribute the way you contributed to my success. 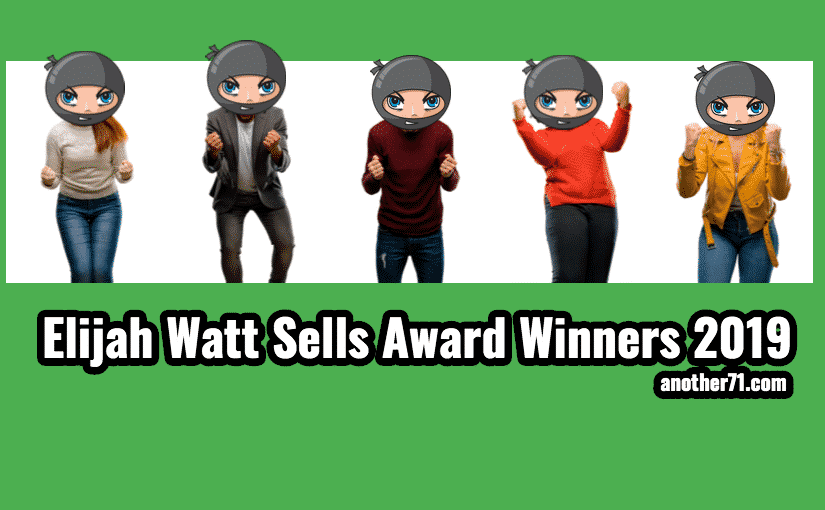 The NINJAs recently caught up with Matt Durette – an Elijah Watt Sells Award Winner, to get his take on the CPA Exam, winning the EWS Award, and find out about his future plans. Tell us about yourself – what is your educational and work background? I received my B.S. in Accountancy from Arizona State […]

"I used the NINJA Notes to summarize my notes and eliminate topics that aren’t tested heavily." does that mean you only studied the topics on the Ninja notes. I feel I waste too much time on stuff not covered and I think this may help me.

Danielle, I totally understand your frustration. The CPA prep courses, for some reason, do not rank tested topics. I completed all of the information the first time I studied. However, I relied on the NINJA Notes - as well as according to the volume of MCQs - to decide what to focus on. We, as accountants, know the importance of the cost-benefit tradeoff. For example, you would much rather spend an additional hour studying the statement of cash flows than waste an hour on dollar-value LIFO. Accordingly, pick the battles that are to be fought and conquer the enemy.

I won the Elijah Watt Sells National Silver Award for the #2 score in the United States in May 1982. I sat for all four parts at one time in the Spring semester of my senior year at University of Illinois Urbana-Champaign. I studied for the exam from my old CPA exams and notes for about four weeks prior to taking the exam and nailed it 98,99,99,98 for four parts.

Congratulations, Shulem! Studying 10 to 15 hours per week, were you able to get 2 chapters covered? I see this is what is recommended but in a busy working schedule like yours (and mine) I have not been able to achieve this on any of the 3 sections I have passed. Now I have just started studying for FAR and since this is the longest material, it feels I have to run through everything before I forget the first chapters... Any thoughts on this? Thanks!

Shulem, Are you saying you studied 3+ months for FAR? Congrats on the success, you earned it!